Words Matter: A brief overview of the cash terminology debate

In this guest blog, Oxfam GB's cash adviser Steph Roberson looks back on #CashWeek2018 and how the key debates over terminology have fed into the revision of the CALP Network Glossary.

Day 3 of the CALP Network’s Cash Week 2018, which took place from 15-19 October, was dedicated to a workshop on Tracking Cash and Vouchers. This was admittedly a very technical event designed to achieve some very specific outcomes, which are likely to only be interesting to a very particular group of word nerds.

And yet, the discussions about the terminology of cash drew me in and left me really thinking hard about the words that we use, and why they matter so much.

Allow me to try and summarise it in the simplest way possible without falling down the deep rabbit hole of terminology.

In the beginning, there was cash. And cash was good. And there were also vouchers, and sometimes people said “cash” when they meant “vouchers” and sometimes they didn’t. And sometimes they said “cash vouchers” which confused almost everybody. And thus tracking the global volume of cash being transferred around the world started to become a bit complicated.

Then there was Cash Transfer Programming (or CTP), which is defined as including both Cash and Vouchers, which sort of helped a bit, but in other ways it didn’t really help at all. Then came Cash-Based Assistance (CBA) and Cash-Based Interventions (CBIs). Different agencies prefer different terms for a wide range of reasons, but they essentially all mean the same thing, which is that they are umbrella terms for both cash and vouchers.

Soon there was a need to further distinguish the types of cash grants being delivered, and “Conditional Cash” and “Unconditional Cash” were born. However, “conditional” was being used at random by different agencies to sometimes describe the conditions beneficiaries must meet in order to receive the cash, or the restrictions on how they could spend the cash – and sometimes it was used to describe both! This became even more murky, so it was further re-defined as either “conditional” or “unconditional” and also “restricted” or “unrestricted” cash.

Confused yet? You should be…

Then came the advent of the latest innovation in cash – the Multipurpose Cash Grant (MPG) which quickly divided, like an amoeba discovering mitosis for the first time, into Multipurpose Cash Transfers (MCTs) and Multipurpose Cash Assistance (MPCA). As far as I can tell the only reason for adding these extra terms was because we just love inventing new technical jargon and acronyms, and we can’t seem to stop.

To help people navigate and understand the minefield of confusing, conflicting definitions,  the CALP Network kindly created a very clear glossary of terms. At the same time, more and more people started to realize that it would be easier and clearer if it were possible to simplify the terms and definitions we use.

For example, vouchers are always restricted, no matter what. Either by specifying what commodities you can get (known as a commodity voucher) or, in the case of a value voucher, by giving you xx dollars to spend, but only at this particular shop or group of shops – you are therefore still restricted in where you can shop. So vouchers are essentially always restricted. Always.

Cash on the other hand, can’t actually be restricted. Although we might call it “Cash for food” or design a livelihoods grant to re-stock goods or livestock, the fact is, once you place actual cash in someone’s hands, they can technically do what they like with it. Therefore, it would seem that the terms “restricted” and “unrestricted” cash are no longer needed – we can redefine it by saying that cash is always unrestricted, and vouchers are always restricted.

Similarly, do we really need to define multipurpose cash?

“Isn’t all cash by nature, multipurpose?” my colleague Ian Bray would gleefully ask. The debate rages on about whether or not programmes designed specifically to meet multiple needs is different from giving cash meant for food, (but which recipients still might choose to spend on bicycles). Ultimately, our programme objectives might be different, but the cash we give out is still cash either way, and therefore fundamentally both unrestricted and multipurpose. Or you know, just cash.

And so we have tied ourselves up in knots over the language we use to describe our programmes – in design, in how we report them, and in how we track and measure them, and it appears that there may be a light at the end of the tunnel, a reprieve and a simplification coming our way.

Since Cash Week, the CALP Network have revised and updated their glossary, to include guidance on “recommended terminology” – a plea to their 80+ members to pick one term and be consistent – it doesn’t really matter in the grand scheme of things if we all call it CBA, CBI, CTP or Dave, as long as we all sing from the same glossary.

Except that it does matter.

The words we use matter quite a lot. Calling it “Cash Transfer Programming” implies cash is the programme, not the modality, which is misleading and has in the past caused us all sorts of grief in defining where cash sits within a programme or sector. Similarly words such as “Assistance” and “Intervention” are defined very distinctly within different agencies and can have very different meanings, (depending on who you work for) so they cannot be chosen lightly.

And so we dive back down into the terminology debate, in the hope that one day a magical term will appear that everyone will agree on, and which will be so self-explanatory that no definition is needed.

The 2018 the CALP Network Glossary, revised in light of these debates, is now available in English and French.

Author Profile: Steph Roberson is a Cash Adviser in Oxfam’s Global Humanitarian Team. Steph has previously worked at the Cash Learning Partnership, and has over 5 years of experience of humanitarian cash and voucher programming, including in the 2013 Philippines Typhoon Haiyan response, and in Iraq in 2015, during which time she co-authored the CLARA: Designing safer livelihoods programs in Iraq report. 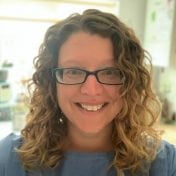 The CALP Network Glossary in Arabic: A common understanding and greater consistency

The first version of the CALP Network Glossary of Terms was published in 2011. This aimed to encourage mutual understanding, and increase coordination and clarity when it comes to the terms and...