Why you need a plan A, B and C: Using cash in hard-to-reach contexts

Cash and Voucher Assistance (CVA) can be a valuable response choice in hard-to-reach areas, but it must be properly adapted to context with sufficient investment given to preparedness. Mirko Tommasi explains how preparing multiple plans, being flexible and ready to change plans fast and frequently is crucial for success in challenging contexts.

Internal and cross-border armed conflicts are one of the main drivers of needs in the region. People lack access to adequate food, water, healthcare, and other basic services. Over the last three years, the situation has been exacerbated by the effects of Covid-19 and then the Ukrainian/Russian crisis which served to increase already rising food prices.

Physical access to affected communities is very challenging in many places, especially in areas with active conflicts. So, at the very same time that needs are increasing, they become more difficult to meet as access to populations-in-crisis declines. In Niger, for example, according to the Food Security Cluster, almost 40% of those who are likely to be food insecure in 2023 live in places that are difficult to access.

What does cash and voucher assistance look like in hard-to-reach areas?

Should we use cash and Voucher Assistance (CVA) in hard-to-reach areas?

Yes! It can be challenging but it’s worth the effort – especially if affected communities prefer CVA and if market conditions allow it.

In many cases, people in hard-to-reach prefer cash over in-kind support. Cash provides greater dignity and enables people to choose for themselves, for example by enabling them to move at short notice if needed.

What’s more, CVA is also accessible thanks to options such as digital payments and remote management, which are highly suited to meeting the needs of people on the move.

How can you make it work?

Whatever the modality choice, meeting the needs of people in hard-to reach areas is complex. CVA offers a valuable response choice that can work well, if properly adapted to context, and if sufficient investment is made in preparedness.

Whilst a ‘cookie-cutter’ approach should be avoided in any context, this is even more the case in hard-to-reach areas where the context can change rapidly. Done well, CVA is not about offering one option – rather it provides a range of approaches (e-cash, cash in envelopes, vouchers, or any mix of those) which can be tailored to the context and adjusted as the situations evolves.

Preparation is the key to success for an effective response, doubly so when targeting hard-to-reach populations. What’s more, given the inherent volatility of targeting communities in conflict affected areas, organisations need to be ready to change plans – fast and frequently.  For example, by having several framework agreements with different financial service providers so that you can switch between services easily.

There’s little use in making just one plan given the high likelihood that situations will change. By having multiple plans ready to go, it becomes possible to adapt to volatile contexts and maintain support to those in need.

In essence, working in challenging contexts requires being even more prepared than usual. It means exploring different options, identifying a range of ways of delivering CVA, undertaking more analysis of risks and feasibility. It requires us to have a plan A, plan B and a plan C – with each plan prepared and tested. It requires organisational decision-making processes and systems to be supportive of change and able to switch between plans if needed. And finally, this flexibility needs to be agreed with donors in advance in case it impacts on funding agreements.

Genuine partnerships between stakeholders involved are vital, whether these are between communities and agencies, local and international organisations, humanitarians and the private sector.

Given the context of highly changeable and complex environments, these partnerships need to be built not only on solid agreements and procedures, but also on a foundation of mutual trust and respect.

Again, preparation is key: Active engagement must start during the planning phase of CVA and follow through into the implementation phase. It’s important to gain clarity early as to who does what, where risks lie, how risks are shared and how decisions should be made, especially when pivoting between plans A, B and C.

These truths were clearly highlighted during a recent study investigating cash preparedness in the Horn of Africa.

It’s not only possible to use CVA in hard-to reach areas, its often desirable.  It’s often the assistance of choice from a recipient perspective and can provide agencies with a means of reaching some of the most vulnerable with the flexibility which is needed. But for this to happen, preparedness, and genuine partnerships are key.

For French speakers we ran a series of webinars on this exact topic in late 2022, the recordings are now available.

We’d love to hear your thoughts in the comments. Has CVA been a useful tool for reaching people in crisis based in hard to reach areas? Has preparedness helped to deliver more effective programmes?

Cover image: At the time the image was taken – ‘Ramatou Issa, 55, widow with 4 children. She lives in Gorou Kirey, in the northern suburbs of Niamey, the capital of Niger. She lives from small trade and fattening. Insecurity has forced thousands of people to seek refuge in their village. As a result, there is no longer enough farmland to meet the needs of the families and last year’s harvest was catastrophic. Most families rely on aid to survive.’ Credit: Moustapha Diallo, IFRC. July 2022. 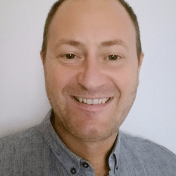