The CaLP Glossary in Arabic: A common understanding and greater consistency

The first version of the CaLP Glossary of Terms was published in 2011. This aimed to encourage mutual understanding, and increase coordination and clarity when it comes to the terms and definitions used in the world of cash and voucher assistance (CVA).

Since our work began in the MENA region, translating this glossary into Arabic has been one of our top priorities. We understand the importance of having a common basis and understanding between all those working in CVA, as well as those who are interested in the topic.

In order to continue to increase the scale and quality of CVA, we believe in the importance of making knowledge available to all those who are seeking it. The translation of the glossary is only one of many steps we’re taking to achieve that, as part of our commitment to making as many resources and knowledge available in Arabic as possible.

In 2019, we published the first translated Arabic version of CaLP’s Glossary. This has been done through several steps, starting with the initial translation, then review by some of the cash practitioners in MENA, then the final revision and launch. This means that the glossary is now available in five languages (English, German, French, Spanish and Arabic).

The glossary is widely recognised throughout the sector as the authoritative resource when it comes to cash terminology since it was published in 2011. It is used by UN agencies, NGOs, working groups and donors to facilitate their work.

CaLP has been reviewing and revising the Glossary on an annual basis since 2016, to reflect the evolutions in which terms are used and how. The process is coordinated by the CaLP Secretariat and undertaken through the CaLP Technical Advisory Group (TAG). The TAG is a group of 25 experts, drawn from CaLP’s membership. Feedback on the glossary from anyone is welcomed on an ongoing basis, which is used to inform proposed edits and additions. These proposed changes are then put to the TAG for consultation, review and validation.

Main image: Oxfam has supported families in the town of Sar Qala, Iraq, who are in need of cash and food assistance, using the Red Rose cash card programme. Credit: Amy Christian/Oxfam 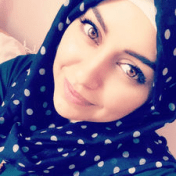 CaLP’s 2018 Glossary: The key updates you need to know

The CaLP Glossary is a comprehensive list of the terminology used in cash and voucher assistance, updated annually to reflect evolutions in which terms are used and how. CaLP's Ruth McCormack...

Words Matter: A brief overview of the cash terminology debate

In this guest blog, Oxfam GB's cash adviser Steph Roberson looks back on #CashWeek2018 and how the key debates over terminology have fed into the revision of the CaLP Glossary.