Cash and Voucher Assistance has changed dramatically over the past seven years. Nathalie Klein, the CALP Network’s Regional Representative for West Africa, and Sophie Tholstrup, the CALP Network’s Policy Coordinator have recently left the organisation after seven and three years respectively. But before saying their goodbyes they took an insightful look back at what’s changed in that time, what’s driven the massive growth in cash assistance and what’s next.

In the seven years since Nathalie started with the CALP Network, CVA has evolved from fringe interest to central pillar of humanitarian response. Since 2014 the volume of CVA being delivered has increased from scattered pilot projects delivered by food security actors to the $5.7 billion delivered last year, making up nearly 20% of all humanitarian aid.

As discussed in the CALP Network’s latest episode of the CashCast about the history of cash, hundreds of studies have built the irresistible case for cash: it is more efficient, more effective, boosts local economies, is preferred by recipients and – critically – transfers the choice over what’s a priority from funders to people experiencing crisis. In that time the UN Secretary-General urged humanitarian actors to start from the principle of “why not cash?” when planning humanitarian response, describing cash as the “preferred and default” assistance modality. Through the Grand Bargain, the world’s biggest humanitarian actors and donors committed to increase their use of cash, and this has emerged in the five years’ since as the star performer of humanitarian reform, with 90% of signatories reporting progress in scaling up cash. In the same period, the CALP Network has also trained more than 10 thousand humanitarian professionals in how to design and deliver cash programmes in crisis contexts.

But growth in scale and skills is only half the picture.

The more far-reaching promises of cash – more resources transferred directly to recipients with fewer intermediaries, harnessing the technology and networks of private sector actors, working more closely with governments, a modernised humanitarian architecture that recognises basic needs over rigid sectoral boxes, shifting the balance of power in the humanitarian system from funders to recipients – remain out of reach. This unrealised promise is strongly felt and widely recognised:

Sorcha O’Callaghan, Director of ODI’s Humanitarian Policy Group, argues that “Cash offers a huge transformative potential, but as far as the system is privileging the interest of the agencies over people in crisis, we won’t be able to see it”.

If you missed the State of the World's Cash 2020 launch we're sharing highlights. Quote 4 of 6 is from @sorchaoc, Director @hpg_odi, telling us the reason why coordination is such a big issue.#SOWC2020https://t.co/xHarYYdfuq pic.twitter.com/vAcodW3q7E

“(cash) has yet to realise its potential for changing the system because the growing market for cash provision has been cornered by a subset of aid agencies determined to maintain their sway”.

Despite this, the growth in scale and change in attitudes to cash has been remarkable: a standout evolution in a world where the pace of change is typically glacially slow. We are often asked what we think drove this. You should listen to what some of the original movers and shakers of cash have to say about this, but we argue that cash’s secret sauce has four key ingredients:

How has the CALP Network changed since 2014?

Nathalie joined the CALP Network all the way back in January 2014.

“My first day in this organization I discovered when applying. A consortium working to increase cash and vouchers assistance? Whose core mandate is to support humanitarian organizations questioning, and hopefully improving their practice? A place for debates, reflections and dialogue surely. A place to learn – a lot.”

“I would rapidly discover that actually, humanitarian actors who knew the CALP Network were not many. A handful of food security experts who tested cash, often for the first time, during the terrible crisis in Sahel in 2005, and just a few more in 2012.”

“Cash for food, that was all it was, for a few preachers in the desert. Five Cash Working Groups, all set-up by the CALP Network, existed then, as food security Cluster sub-groups”.

“7 years later, the CALP Network is present in most strategic fora, has trained thousands of practitioners (and inspired most existing training materials), engaging with the clusters at all levels. CWGs have popped up in every country, with increasingly light-touch support from the CALP Network, and are embracing a harmonized glossary compiled by the CALP Network. The success of the Minimum Expenditure Basket webinar series on how to calculate “a monetary threshold to cover multi-sector basic needs of the people we serve” illustrates the evolution of the cash landscape and expertise: while the level of knowledge and capacities have developed to the point of trying much more sophisticated and tailored approaches, we are now taking a step back in order to get closer to our most basic objective: giving people what they actually need. 7 years is not a lot. It went fast, and progress done in this time frame by the cash community is immeasurable.”

From 5 founding members to more than 90 member organisations, the small world of humanitarian actors championing Cash around the world has increased hugely, resulting in a much welcome scale-up of the modality; from 1% in 2004, to 17,9% of total international humanitarian assistance in 2019.

There is a fabulous vitality in the cash community, who are motivated to test new approaches, to improve policy and practice learning from mistakes. The idea of “innovation” that continues to stick to CVA, results in overall greater scrutiny on impact, evidence and learnings. All of this benefits the whole humanitarian community and contributes to raise the bar for our collective action.

So, what do we hope to see next? Three promises we want to see kept.

Despite progress, there is still a long way to go. As we flagged in the intro, the more challenging implications of delivering more cash have yet to be realised. We’d highlight four main unrealised promises:

The first promise was that as cash operates alongside other financial flows in crisis it would build better links to local actors, governments and the private sector, but we don’t see that flourishing ecosystem playing out in practice. On the contrary, more than 60% of all CVA is currently delivered through just two UN agencies and their implementing partners, and that percentage is growing year-on-year. But has the last year marked a turning point? Gang Karume, Technical Advisor with Rebuild Hope for Africa thinks so: “COVID-19 presents a unique opportunity to make progress on localisation. Overnight, international actors left. Local actors, who are better integrated in communities, carried on the work. We need to build on this.”

The second promise was that because how cash is used depends on the recipient not the funder we should see a shift in the humanitarian system from supply-led to demand-led planning and delivery, with recipient needs rather than agency structures and mandates driving response. As power and choice shift from funder to recipient, the role of crisis-affected people in demanding, designing and influencing better, we assumed more user-friendly humanitarian assistance would grow. In fact we’ve seen no change to the sector-based humanitarian planning model, with humanitarian leadership ignoring calls to create space for assistance which doesn’t fit in a cluster box. We still see far too many examples of nonsensical programme design (to choose just one, refugees in Cameroon receiving two identical mobile phones on which they received cash transfers, earmarked for different purposes, from two different agencies). There is a lot of evidence to show that cash recipients not only don’t feel able to provide feedback and are often not given even the basic information about the assistance they’re entitled to.

Why keep #cash recipients in the loop? @MSeilern & Hannah Miles from @GroundTruthSol share recent evidence from Nigeria and Somalia. A closer look at why #CVA without information misses the point. #MembersMonday https://t.co/4r9qzyaull

The third promise was that, as connectivity and digital infrastructure improve in many of the communities we serve, digital delivery systems will offer quicker, safer, more user-friendly alternatives to standing in long lines at distribution points, as well as longer-term financial inclusion opportunities. While digital cash delivery has expanded rapidly, there have rightly been concerns raised about the new types of risks these pose for recipients, and our collective lack of tools and know-how to mitigate these. One solution proposed is that, faced with novel risks, the best solution is to do nothing at all. If humanitarian actors don’t understand digital payments, maybe aid recipients shouldn’t – unlike the rest of us – get to use them. We’d argue otherwise. Delivering aid in the 21st century – with dwindling resources and massively increasing needs – can’t be done with a 20th century toolbox. We need to draw on the best networks, technology, ideas and partnerships to meet this challenge. There are some great initiatives under way to ensure humanitarian actors understand and are able to mitigate digital risks. Let’s get ourselves up to speed, not get frozen in time.

New publication alert: ‘Data responsibility toolkit: A guide for cash and voucher practitioners’. This toolkit & 2 case studies enable you to handle data effectively using a “data lifecycle” approach. Take the worry out of data with these key guides. https://t.co/6knF4AWZgw

We see many reasons to be hopeful on each of these, and are confident in the knowledge that this network of passionate advocates will continue to drive change towards a fairer, more local, more effective, more recipient-driven humanitarian system. Once a the CALP Networkie, always a the CALP Networkie – we will be cheering you on from our new roles. It has been a joy working with you these past ten years – a career highlight for both of us – and an honour to be a part of this exciting, world-changing journey. We are happy to know the next steps will be in very good, and very many hands.

Interested in learning more? In Episode 5 of the CashCast Karen Peachey interviews four people who collectively represent a lifetime’s knowledge and experience in Cash and Voucher Assistance: Jemilah Mahmood, Zehra Rivzi, Nigel Timmins and Sarah Bailey. The conversation recorded was a real treat – with great insights, stories and a clear passion to push for more change! Please do listen now. 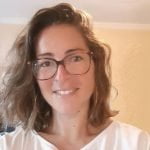 Nathalie Klein has been with the CALP Network for 7 years, based in Dakar, Senegal. Joining the team as Regional Capacity Building Officer, she got the opportunity to meet with a large range of CVA practitioners from different organizations and countries across the region, before becoming Regional Representative and focusing more on the support to CVA coordination mechanisms and transversal conversations that CVA stimulates. 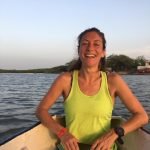 Sophie Tholstrup was the CALP Network’s Policy Coordinator for the past three years, based in Geneva. Before joining the CALP Network she worked for DFID and for OCHA, and has now joined the Tony Blair Institute for Global Change as Head of Tech for Development Policy.

Episode 5: A Short History of Cash and Voucher Assistance.

In this 5th episode of CashCast we take a look back over the evolution of cash and voucher assistance (CVA) and then leap forward to explore where it’s going next.