Is screening the recipients of humanitarian cash and voucher assistance an effective way to mitigate against the perceived diversion risk that cash represents? If yes, how? If not, why are conversations growing on the topic? In a recent report for Oxfam and Bond, Nina Newhouse & colleagues from the London School of Economics sought to address these questions by interrogating the screening process itself.

The new era of counter-terrorism regulations catalysed by 9/11 continues to have a widely-noted “chilling effect” on the funding and delivery of humanitarian assistance – and cash and voucher assistance has been no exception. Indeed, while policy momentum grows around cash as the future of humanitarian response, perceived risk remains a key barrier to its more effective and extensive use, as documented in the “State of the World’s Cash” 2020.

This points to two key questions. First, is cash really ‘riskier’ than in-kind assistance – does it warrant extra scrutiny? Second, how can we best ‘manage’ cash risk – using what tools? While recognising the importance of asking the former, our research took a different tack, shifting from more established debates over cash risk to instead interrogate one of the proposed mechanisms for cash ‘risk-management’: the screening of cash recipients. While not currently widely adopted, conversations on screening are growing. However, we propose that these can be disrupted by suggesting that screening is an ineffective risk-management tool.

What is ‘cash recipient screening’ and why is it being talked about?

In the aftermath of 9/11, increasingly robust counter-terrorism regulations have sought to mitigate against terrorist threats. Such regulations have directly impacted humanitarian organisations (explicitly identified shortly after 9/11 as particularly “vulnerable to terrorist financing abuse” by the intergovernmental Financial Action Task Force) by generating a “chilling effect” on their operational capacities.

This chilling effect is driven by:

Current cash dialogues thus reflect this overarching risk-averse landscape. Much as evidence consistently demonstrates that cash represents no more risk than in-kind assistance, the current cash environment nonetheless remains characterised by a double standard among donors, who continue to subject cash to disproportionate levels of scrutiny due to the perceived anti-money laundering (AML) and counter-terrorist financing (CTF) risk it represents, despite tolerating modest diversion of in-kind assistance (the CALP Network, 2019).

This is where recipient screening comes in. While the vast majority of humanitarian actors already undertake anti-terrorist financing precautions, making the screening of partners, suppliers and staff a somewhat routine risk-management tool (Charny, 2019), for a growing number of donors, this isn’t enough. Rather, perceived cash risk is now driving increased calls to screen recipients too, in a process which, at its simplest, entails running a list of cash recipient names against international and/or donor countries’ lists of sanctioned individuals. Therefore, while donor requests to screen recipients have historically been rare, there remains a clear risk that in future, donor governments will require screening for cash recipients specifically (the CALP Network, 2019).

How did we interrogate the efficacy of recipient screening?

Seeking to progress the screening conversation beyond principles to practicality, our research assessed whether screening actually prevents possible cash diversion – essentially, is it an effective Counter Terrorism Financing (CTF) tool?

To answer this question, we developed a comparative methodology to interrogate the issue. The hypothesis was simple: if screening entails running a list of cash recipient names against a list of sanctioned individuals’ names, and looking for the overlap, we argued that through comparing (1) the processes by which a cash recipient is decided, with (2) the processes by which a person is placed upon a sanctions list, we can get an idea of who these people are likely to be, and whether they are likely to feature on both lists. This would render screening one list against the other an effective way of ‘managing’ cash risk.  While we focused specifically on the UK (comparing recipient selection processes with UK sanctions lists, adapted post-Brexit), this methodology could easily be transferred to other country contexts.

What did we find?

After speaking with donor representatives, humanitarian financial and legal advisors, and cash practitioners, we came to two related sets of conclusions. First, relating directly to screening, we suggest that fundamentally, the lists don’t match, making screening an ineffective CTF tool – and one that fails to recognise existing risk-management processes. Second, these initial findings pointed to two broader conclusions: namely, a lack of dialogue in humanitarian cash delivery, and an ongoing donor downstreaming of risk due to the domestic counter-terror environment.

With the help of legal advisors and UK sanctions experts, we showed that UK sanctions listing is a complex legal and political process, reliant on high legal and intelligence evidential thresholds. This suggests that in reality, those on the list are, as one participant described, “top-level terrorist entities” – i.e., those with enough evidence to support their listing. Comparing this to cash recipients, participants universally agreed that, due to the vulnerability criteria used in cash programming, it was highly unlikely that any sanctioned individual could also be a cash recipient. To support this, we analysed the UK sanctions list, using an example vulnerability criterion of “female-headed household” in the Syrian context. We found that, of the 73 women listed across the UK’s 34 sanctions regimes, only 15 women in total are listed in Syria, all of whom occupy high-level political positions. This renders, we argued, these sanctioned individuals unlikely to qualify as cash recipients, and makes screening ineffective.

What this micro-example also points to, however, is something bigger: namely, that through direct recipient selection processes (identifying vulnerability criteria; collaborating with local communities and authorities to suggest and verify names) and pre- and post-implementation monitoring, there already exists a framework that should counter CTF risk. We suggested, therefore, that a focus on simply screening recipients is misplaced – something of an afterthought designed to offer assurance to donors rather than really mitigate risk on the ground. So, instead of screening, to really address CTF risk, the existing recipient selection process, and any gaps in it, should be addressed.

3. There remains a persistent lack of dialogue in humanitarian cash delivery.

However, cash practitioners were adamant that this existing risk-mitigation process would remain unrecognised due to a perceived lack of inter-stakeholder trust and confidence. Echoed by financial and legal advisors, frustration was instead expressed at the increase in due diligence requirements without the corresponding practical guidance, and the need for more open conversations between stakeholders highlighted

4. It all comes down to politics.

Yet in our research, donor representatives by no means formed easy villains. They recognised the strain that their increased due diligence requirements place on organisations, and, crucially, took an explicitly anti-screening stance – expressing desire to “invest in alternatives”. However, a fundamental division was drawn between this operational leaning and the political context. Echoing arguments on the politically-driven nature of aid, the UK’s domestic counter-terror environment was seen as the key factor driving future screening requirements – despite donor representatives’ personal reservations. This suggested that crucially, even if screening is fundamentally ineffective, it still might be adopted  by donors wary of a domestic counter-terror environment.

So, what we’re left with is something of a humanitarian blame game: where practitioners, financial and legal advisors blame donors for increasing due-diligence requirements without the corresponding clarity over their implementation; where donors in turn blame a faceless ‘domestic electorate’; and where cash practitioners, crucially, continue to bear the brunt. To address this,  inter-stakeholder trust and cooperation will need to be improved – with last month’s open letter calling for strengthened cash coordination potentially providing a step in the right direction. To support this, we’d love to hear your views and experiences on this topic. Please leave your comments below! 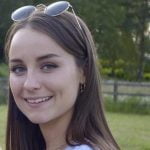 Nina Newhouse is currently a postgraduate student at the London School of Economics and Political Science. Having spent this year researching cash and voucher assistance for the first time, she looks forward to taking this new-found interest forwards in future, and hopes to use the private-sector skills that she will soon learn in her graduate role at PricewaterhouseCoopers to do so. She has a particular interest in the MENA region, having lived between there and the UK for many years.