Changes to US and UN economic sanctions may simplify CVA implementation

Recent changes to the UN and US economic sanctions regimes promise to improve cash transfer process across international borders, but changes might not be as quick or comprehensive as we would hope. We put eight questions to Rory Crew, who has looked into the matter for you.

Rory Crew is the CALP Network’s Technical Advisor for Data and Digitalisation. He spent some time exploring the recent changes to US and UN sanctions, and what they mean for implementers of Cash and Voucher Assistance (CVA) programmes.

Q: We’ve heard there have been changes with the UN and U.S. sanctions regimes, what exactly has happened?

United Nations Security Council’s sanctions and the United States’ Office of Foreign Assets Control (OFAC) sanctions are two of the most important sanctions regimes impacting humanitarian response – including the delivery of Cash and Voucher Assistance (CVA). Sanctions can make it difficult, sometimes impossible and often prohibitively expensive to implement CVA in many of the most crisis-affected parts of the world.

The United Nations Security council passed Resolution 2664 on 2nd of December 2022 providing a humanitarian carve-out – a standing humanitarian exemption for implementers against UN sanctions. The carve-out covers the provision of goods and services in the delivery of the support of basic human needs.

The US Treasury, in response to the UN resolution which the US government had supported, extended this humanitarian carve-out with OFAC issuing new or amended general licenses to cover the exempted activities. Previously, organisations would have to apply for specific licenses to work with sanctioned entities.

Q: Simply speaking, what does this mean?

In future, it will become easier for CVA implementers to distribute cash in contexts that are under sanctions regimes. But as discussed below, we don’t expect these changes to happen quickly and it will still involve a significant amount of collaboration between a wide range of stakeholders to make it happen.

Q: Which countries and groups did sanctions previously cover?

As of January 2023, there were around 14 countries, 700 individuals and 1,500 entities and other groups listed on the UN Sanctions consolidated list.  All of those sanctioned countries either have CVA programming or have vulnerable populations that would benefit from an increase in scale of cash support.

CVA recipients in Afghanistan have been some of the hardest hit, with many banks refusing to process humanitarian bulk transfers due to the risk, complexity and cost of abiding by sanctions. Humanitarian actors have been using informal hawala networks, risking their relationships with formal banking partners resulting in a slower response and/or a decrease in the level of cash available.

Q: How will this impact CVA implementers?

The US OFAC exemptions appear to cover activities of Non-Governmental Organisations (NGOs) through the issuing of General Licenses, replacing a system where in many cases specific licenses had to be applied for by organisations. OFAC has released a detailed FAQ here, explaining how their sanctions exemptions will be implemented.

Q: How quickly can we expect to see positive change?

We expect change to be relatively slow as it depends on banks, from commercial and correspondent banks, plus payment aggregators to decide how to implement this new Resolution and licenses. Commercial banks are under no obligation to work in contexts covered by the carve-out, and could decide that the compliance costs and risks lack economic sense.

Where banks do agree to process transactions in newly unsanctioned countries, the increased compliance costs will be passed on to implementors who may or may not be able to seek reimbursement from donors.

Q: In the longer term is this ‘good news’ for CVA?

This isn’t bad news but sanctions and international banking are complex systems with many stakeholders who don’t always coordinate quickly. There is a risk that if organisations and/or banks don’t implement strict internal controls and policies, money could fall into the wrong hands, potentially resulting in the eased sanctions being reduced or withdrawn.

Q: What is CALP doing to support members CVA stakeholders?

CALP is working with experts, stakeholders and implementers to further understand the impact of these changes, and how they can be used to increase the quantity, quality and impact of CVA. CALP will engage with several of the ongoing initiatives relating to derisking and sanctions, and will continue to share information.

There have been recent calls for banks to allocate and report the increased compliance costs for processing transactions within contexts covered by the carve-out as Corporate Social Responsibility (CSR) spend in their Environmental, Social and Governance (ESG) reports.

Organisations should be speaking to their treasury teams, banking partners and regulators to encourage them to implement these changes as quickly and as robustly as possible. In addition, having clear, board-approved policies which are strictly adhered to will be key in mitigating risks.

Please stay tuned for updates from CALP as we continue to learn more about the implementation and impacts of these sanctions. Also, feel free to get in touch with Rory if you have any insights you’d like to bring to this discussion

Main image: A refugee withdraws money which she receives as part of a cash assistance programme in Turkey. 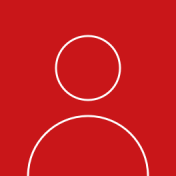