In 2018, CALP Network’s #GenderCash Symposium in Nairobi brought together humanitarian actors working on gender and CVA, and formally launched efforts to better integrate the two – a commitment enshrined in the Agenda for Collective Action that emerged from the event. Another instrumental result of the Symposium was the collection of papers that CALP members produced on gender-responsive programming in humanitarian contexts.  These efforts have catalysed other actors to take the work forward, such as CARE and UN Women, the Grand Bargain Cash sub-workstream leads, and to continue to build evidence on gender and to develop tools and training to better integrate gender and CVA.

However, gender alone can be seen as a limiting theme, with a tendency to focus mostly on women and girls and, sometimes, boys and men. Meanwhile, the needs of older people and people with special needs are still often ignored, not to mention other vulnerable and marginalised groups.

Under this theme, CALP Network aims to encourage actors to widen their focus to be more inclusive, and champion a fuller understanding of how CVA can go beyond the notion of ‘do no harm’ towards appropriately addressing these socio-economic inequalities through the provision of other services and support.

The Compendium is intended as a companion to the 2015 Inter-Agency Standing Committee (IASC) Guidelines for Integrating Gender-Based Violence Interventions in Humanitarian Action and its companion...

Guide for Protection in Cash based Interventions

This guide identifies minimum necessary information and key resources needed to help humanitarian practitioners ensure that protection risks and benefits are considered and monitored throughout...

Existing gender inequalities mean that disasters and conflicts impact women, men, girls and boys differently. Cash based assistance is one of the most significant developments in humanitarian... 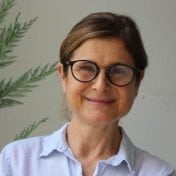 This event aims to provide a platform for reflection and dialogue on the process of FSP mapping. This event will target CWG members across the globe and will examine the intricacies of FSP mapping, key considerations to be made by a CWG and what makes for a successful FSP mapping exercise. The event will...

Series of meetings organised by the Cash Coordination Caucus

This course is delivered in English by CALP’s Training Partner Organsiation – Key Aid Consulting. It is suitable for Asia Pacific, East and Central Africa as well as Eastern Europe time zones. Live sessions will take place between 6.30 and 8.30 am UTC. About the course The CALP Online: Core CVA Skills...

Development Pathways is committed to designing evidence-based and context-specific solutions to social and economic policy challenges facing low- and middle-income countries. The training course is focused on solutions to inclusive social protection and is based on their vast research and hands-on country...

Bringing us closer as a network.