A brief history of the CALP Network starting with its 2005 inception. 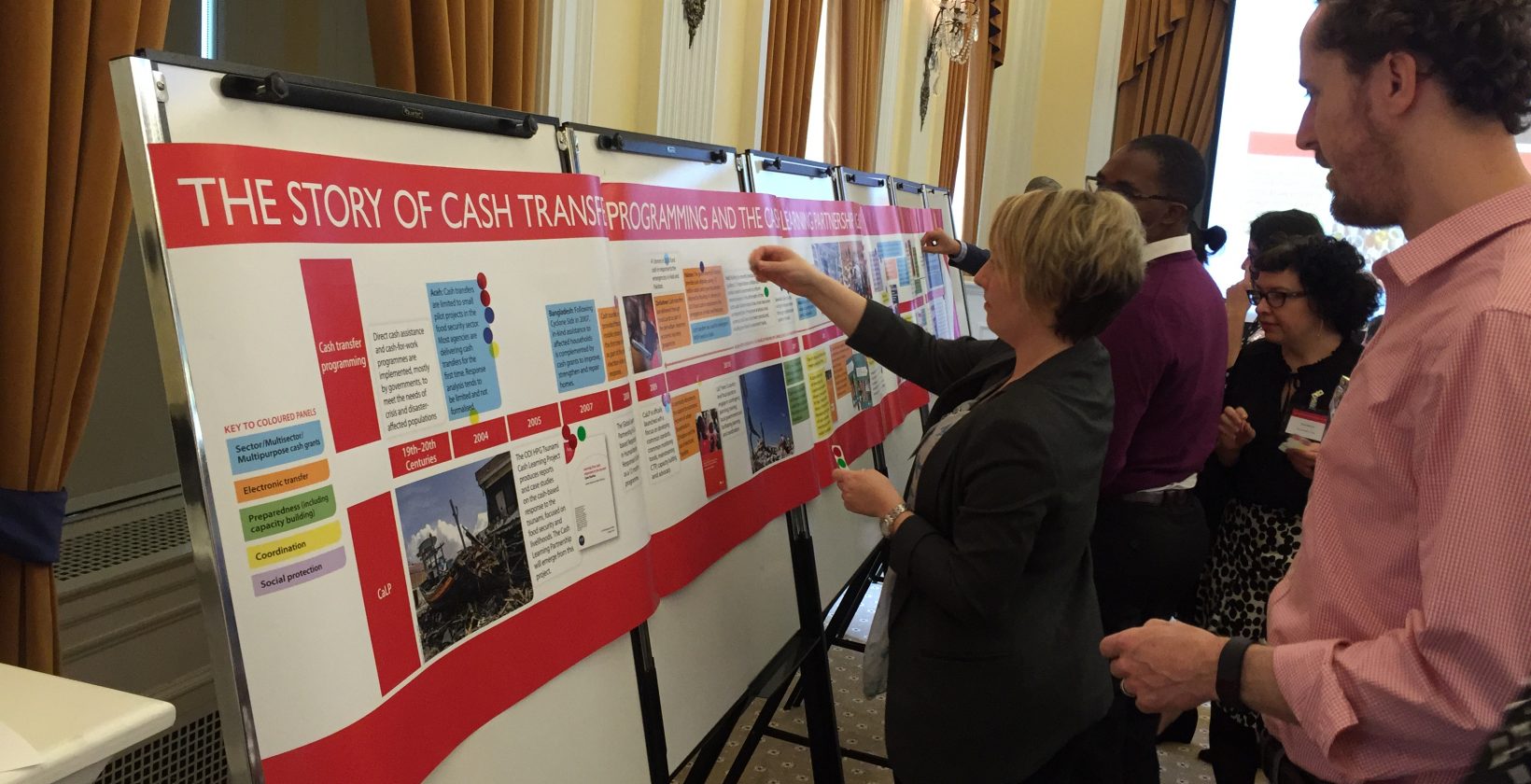 Skip to ➡️ Milestones in detail.

In 2005 a number of organisations got together to document what had been learnt about cash-based responses in the wake of the 2004 Indian Ocean Tsunami. Over time more organisations got involved and their attention shifted to the overall improvement and mainstreaming of CVA by the humanitarian sector globally.

CALP or ‘The Cash Learning Partnership’ (as it was known then) was officially launched in 2009, and started delivering training in 2011, succeeded in integrating CVA into Sphere standards in 2011, supported the formation of the first Cash Working Group (in Kenya) in 2012 and became a membership organisation in 2016. Today the CALP Network connects a vibrant network of over 90+ organisations.

The organisation was renamed the ‘CALP Network’ in November 2021 to reflect its core belief in collective action to create change.

2008 – The ‘Global Learning Partnership in Cash based Responses in Humanitarian Responses’ is formed as a 12-month programme by Oxfam GB, the British Red Cross Society, Save the Children UK, and then a little while later the Norwegian Refugee Council and Action Against Hunger.

2009 – ‘The Cash Learning Partnership’ is officially launched with a focus on developing common standards, common monitoring tools, mainstreaming Cash and Voucher Assistance, capacity building and advocacy.  Staff are hosted by Oxfam, Action Against Hunger and the Norwegian Refugee Council.

2011 – CALP’s flagship training courses (Level 1 and Level 2) are developed and piloted in Kenya.

2011 – Cash and vouchers become a companion standard under the Food Security and Nutrition section of the Sphere Handbook.

2011 – First published in 2011, the the CALP Network Glossary is designed to facilitate a common understanding and harmonized use of terms and definitions for CVA. French, Spanish, German and Arabic glossaries were later published in 2019.

2014 – A review of cash transfer programming and the role of CALP recommends that ‘CaLP should continue with an open-ended role. It is needed and it has a substantial future role in enhancing CTP, along with others.’

2015 – CALP develops its capacity building strategy and in a single year delivers 44 training courses and learning events in 19 different countries.

2016 – Following an application round in late 2015, CALP becomes a membership organization on 1st January 2016, with 42 members. A  Technical Advisory Group is established to help steer the CALP Network’s technical and policy priorities, and a Board, to have strategic oversight of the CALP Network’s work.

2017 – Global Framework for Action produced providing a consolidated summary of the major commitments and recommendations made to improve cash and voucher assistance in humanitarian response during 2015 and 2016 including the Grand Bargain.

2018 – CALP publishes the first State of the World’s Cash Report to provide a neutral and critical analysis of the current state of CVA globally.

2018 – CALP worked with Sphere to ensure the comprehensive inclusion of CVA in the new Sphere Handbook.

2019 – CALP publishes ‘The Future of Financial Assistance: An outlook to 2030’ which maps out potential scenarios for how financial assistance might develop, the key drivers influencing these changes, and what this will mean for humanitarian action.

2020 – Based on extensive consultation, CALP publishes a new strategy outlining how it will progressively activate the potential of the entire network as the primary means of achieving change.

2020 – The State of the World’s Cash 2020 is published providing a comprehensive snapshot of cash and voucher assistance, with significant recommendations for anyone interested in humanitarian action.

2021– As of October 2021, CALP has 95 members from across the sector, including local and international nongovernmental organisations, United Nations agencies, the Red Cross/Crescent Movement, donors, specialist social innovation, technology and financial services companies, researchers and academics, and individual practitioners.

2021 – In November CALP renames itself from ‘CaLP (The Cash Learning Partnership)’, to the ‘CALP Network’. This change reflects its core belief in collective action and in working together to transform the humanitarian system.

Members, Board and Technical Advisory Group

Making the case for change – research and publications

The CALP Network is a dynamic global network of over 90 organisations engaged in the critical areas of policy, practice and research in humanitarian cash and voucher assistance (CVA) and financial...

The potential of cash and voucher assistance (CVA) cannot be realized by organizations working alone. Since our founding in 2005, the CALP Network has been at the forefront of promoting and...